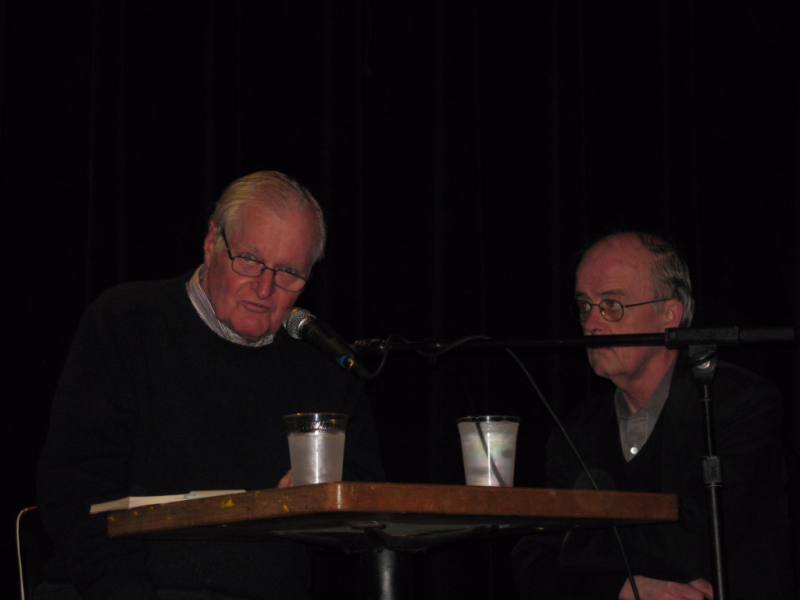 John Ashbery died this morning. We're still absorbing the news. Just last Thursday David (Lehman) phoned John to share the happy news that we heard lines from his poem "At North Farm" recited in the movie "Marjorie Prime," now playing at the Quad cinema on 13th Street in NYC. "He sounds just like himself," said David when the call was over.

John was beloved by so many and we'll surely be reading many tributes over the next several days and weeks. It's likely that most of us won't have a chance to pay tribute publicly. If you have a memory, or anecdote, or favorite lines from one of his poems, please post them in the comment section below and we'll be sure to circulate them widely.